The 7 Most Affordable Places to Live in New York 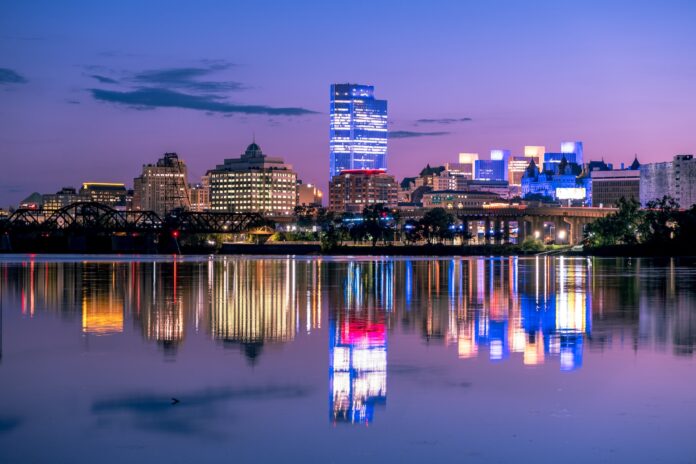 We’ve all heard about New York, the city that never sleeps and where every one of your dreams can come true. And most of you readers may see how costly this ambition can be if you fail to plan ahead of time.

In this post, we’ll look at the most affordable places to live in New York state for considerably less than you may think. Before we get in, here’s a piece of valuable advice: you should consider shared apartments, also known as coliving, an affordable option for living in New York.

Pros of Living in NYC

New York City is among the most diversified and greatest destinations in the United States! When people consider relocating to the U. S. for a new beginning, New York is often the first destination that comes to mind because it is a melting pot of cultures.

You don’t need to be concerned about food since the state is highly democratic with things like this. There are many different cuisines to choose from, including Italian, Mexican, Jamaican, and Peruvian. The area is also vegan-friendly, with numerous options.

The second benefit is that you will never be bored! In the vibrant social environment of New York City, there is always something happening. Whether it’s a night out at a club/bar, a ferry ride to admire the Statue of Liberty, or a visit to one of the numerous free parks, New York has a lot to offer that you’ll never grow bored of.

Cons of Living in NYC

Although New York is a paradise of possibilities, there are a few drawbacks to living there.

Rent in NYC is among the most expensive in the country. Some people pay $1,700 per month merely to live in a studio flat, sometimes known as a shoebox!

The city is quite noisy and crowded. You’ve never heard noise like it until you’ve gone to New York City; ambulances, street musicians blowing saxophones, and the constant blaring of car horns.

Most Affordable Places to Line in NYC

Now that we’ve discussed the benefits and drawbacks of living in New York, let’s look at the most affordable areas to live in!

Albany, the capital of New York State, is a popular destination for those looking to escape the rush and bustle of New York City.

Not only is the capital less expensive than other more traditional and prominent cities, but it also offers amazing architecture and historical places to visit if you’re bored in the evening.

Many young people travel to Albany for its excellent colleges/universities, making it an ideal area to live (even if you’re not in school).

There are several chances in the technological, health, and artistic fields, so people from all walks of life will have a chance to succeed.

Also read: How to Start a Real Estate Syndication Company and Set it Up for Success

Buffalo, touted as one of the cheapest locations to live in New York, is a city that will never bore you! This fascinating city offers an art gallery, a zoo with exotic animals, an abundance of restaurants, and a science museum.

When people relocate to upstate New York, one of the most popular destinations is Buffalo. Costs of living, rents, and mortgage prices are far lower than in New York City, making life simpler and more joyful for those who reside there.

If you want to take a chance in upstate New York, you should try Buffalo, and not only the hot sauce!

If you’re thinking of studying abroad, having a gap year, or simply wanting to be in a city with a lot of young energy, Syracuse is an excellent choice!

In New York, you can have a small-town feel while living in a medium-sized city with vast options and a wonderful chance to save cash and live on a budget, you just need to watch where you stay.

Hudson is yet another city that is close to the most affordable areas of New York. Because the iconic Hudson River is so perfectly positioned in this city, there are plenty of enjoyable water activities to participate in.

This town is rich in history, so there will be lots to visit during your free time. Hudson’s population was 5,964 as of 2021, so you’ll have that small town friendly feel while being in a very famous area with plenty of possibilities for both young and old!

Monthly rent prices are also quite appealing, starting at roughly $900 per month for a one-bedroom apartment, which is very generous given that some New Yorkers pay more than $1,900 to live in Manhattan.

This small town is near the border between the United States and Canada, therefore it is extremely far north and can get pretty chilly in the winter. Despite its remoteness from NYC and its chilly weather, it is a reasonably priced choice for New York residents.

Surprisingly, Ogdensburg is one of the most popular retirement communities in New York. Another advantage of living here is the easy access to the Canadian border for a quick vacation!

Looking for a peaceful neighborhood in New York? The picturesque city of Geneva is tucked in the Finger Lakes on the north end of Seneca Lake. Because of the area’s rich agriculture, this tiny New York community has turned from a hidden treasure to a culinary hot spot, thanks to the expansion of wineries, brewers, specialized food stores, and farm-to-table restaurants.

Lake Placid, known as America’s Olympic Hometown, is the city to call home if you seek outdoor pleasure, a calm lifestyle, and one of the nicest spots to build a family in New York. Lake Placid real estate ranges from basic condos and townhouses to luxury waterfront single-family homes with large yards.

New York: Home Away from Home

No matter where you’re from, there’s always a place for you in New York, you’re welcome, anytime!

Why You Should Consider Moving Into Sunshine Coast Apartments For Sale