What Are Meme Coins? 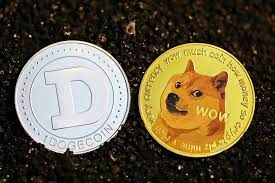 What are meme coins?

Meme coins are cryptocurrencies inspired by memes or jokes on the Internet and social media. The first meme coin created was Dogecoin (DOGE). Launched in 2013 as a parody, DOGE was inspired by the popular Doge meme of a Japanese Shiba Inu dog.
Meme coins tend to be highly volatile. They are mainly community-driven and can gain popularity overnight due to online community endorsements and FOMO. Still, their price can also slump unexpectedly when traders turn their attention to the next Meme Coins.

Another characteristic of meme coins is that they often have a huge or unlimited supply. For example, Shiba Inu (SHIB) has a total supply of 1 quadrillion tokens, while DOGE has no maximum supply, and over 100 billion tokens are already in circulation. As meme tokens generally do not have a coin-burning mechanism, the huge supply explains their relatively low prices. With just $1 USD, you can buy millions of meme tokens.

Why are meme coins so popular?

While it’s hard to define specific reasons, some say that during the COVID-19 pandemic, the crypto market grew as retail investors wanted to hedge against inflation. Meme coins also boomed amidst the hype, growing both in market capitalization and variety.

It all started after the “meme stock” saga of GameStop (GME) and AMC Entertainment (AMC) in late 2020, where the Reddit community pumped up the prices of these shares to as much as 100 times in a few months. In January 2021, a Reddit group joked about pumping up the price of DOGE to create a crypto equivalent of GME. The trend caught on, and along with the influence of Tesla CEO Elon Musk’s tweets, DOGE price rallied. Dogecoin reached a new all-time high of $0.73 USD, with an increase of over 2,000% in five days.

However, in May 2021, Elon Musk joked about DOGE publicly on TV, and many say it was the cause of the following price drop. Several traders then turned to other meme coins on the market, such as the “Dogecoin killer” SHIB. At the same time, retail investors were FOMOing into meme coins hoping to become millionaires overnight, sparking yet another meme coin rally.

Another reason why retail investors find meme coins attractive is that they typically only cost a few cents or even a fraction of a cent. Technically, the low price doesn’t mean much because these coins have huge supplies. Still, holding millions of a certain meme coin feels different than holding a fraction of ETH or BTC. Traders can get thousands or even millions of DOGE, SHIB, or Akita Inu (AKITA) tokens with just a few dollars.

Apart from the potential profits, the meme coin frenzy is also driven by their respective community sentiments. As mentioned, meme coins are inspired by popular Internet memes, intended to be fun and sometimes considered an “insider joke” for a community. Buying meme coins, in a way, is showing support for their respective community. Following the GME stock market saga, meme coin traders inspired by the Reddit group SatoshiStreetBets started a “David vs. Goliath” battle to bet against the mainstream cryptocurrencies. The crypto market in 2021 was therefore flooded with community-driven meme coins.

Meme coins might have seen exponential growth in 2021, but like all cryptocurrencies, trading and investing in meme coins carries high financial risk.

First of all, the tokenomics of meme coins can be concerning. Take Bitcoin as an example. It has its blockchain, a well-written whitepaper, an established ecosystem, and a deflationary nature. We are seeing more institutional adoption of bitcoin in recent years as well. Compared to BTC, most meme coins are inflationary with no maximum supply. Their ecosystem, use cases, and fundamentals are often defined by the collective jokes of the community. Only a few meme coins were built on the technology of major cryptocurrencies. For example, DOGE’s technology was derived from Litecoin (LTC), and SHIB was built on the Ethereum blockchain.

Another potential risk is that meme coins are heavily community-driven and are more speculative than the larger market capitalization cryptocurrencies. This volatility constantly leads to unexpected pump and dump. The lifecycle of meme coins is generally short-lived. Their prices can rocket thousands of times from celebrity shilling or FOMO, or crash unexpectedly when the community decides to move on to the next meme coin.

Why is swimming so healthy and is it worth having your own pool in the garden?